Animal experimentation is based on the assumption that we can dispose of other species at our discretion for our modern-day technical and scientific requirements, and the argument that these experiments are useful.

However, similar experiments on humans would objectively be much more useful, but would legitimately provoke general indignation. 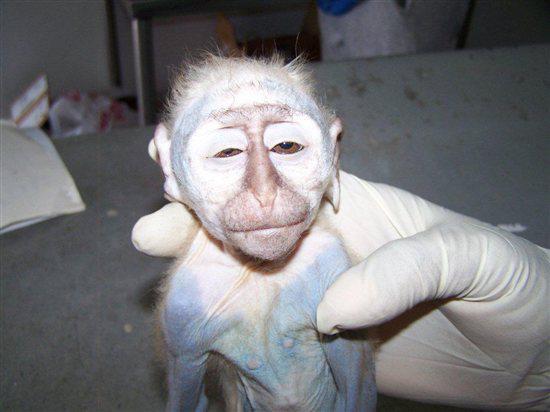 We do not accept that the physically or mentally disabled, the senile elderly or infants, are the subjects of such experiments on the pretext that they are not aware or cannot clearly express their suffering.

How is it acceptable to use animals that have the same qualities as humans to be subjected to these treatments?

Animal experimentation: violence against the weakest

As a progressive society we raise our children to respect other human beings and their differences, but we refuse to extend respect to other species, precisely because they are different from ours. Also, violence which is condemned and repressed when it comes to humans is paradoxically exercised, or even institutionalized, when it comes to animals.

Invoking the superior interests of humans and their science (“to save millions of people’) does not call into question the moral legitimacy of animal experimentation by denying animals any possibility of living for themselves and according to their own needs and requirements.